How to Beat Restaurant Portions 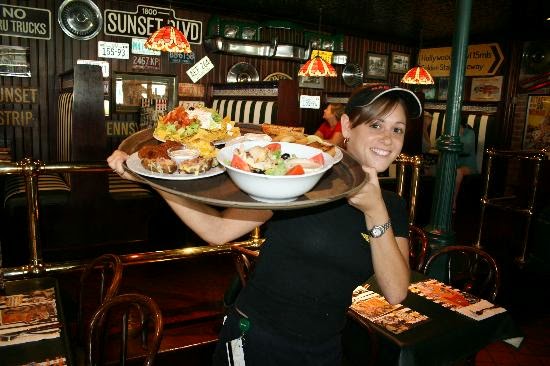 One of the things I love about Japan is the portions at restaurants.   I've never understood the concept that "big portions!" is a good thing-- in fact I think it's the opposite and it's also why we are the fattest nation on Earth in the history of mankind.

So if you eat out a lot you're likely facing two problems-- you're fat and you're broke.  I can help you out here with both.

1. SPLIT everything.  The portions are too big for one person anyway and now your bill is half.

2. Instantly ask for a To Go box when your food comes, and put half of it in the to-go box and then set it on the seat next to you with a vow not to open it until tomorrow.  Now you've got two meals for the price of one and your stomach is going to hang less over your pants.

It's common sense I know, but it works.