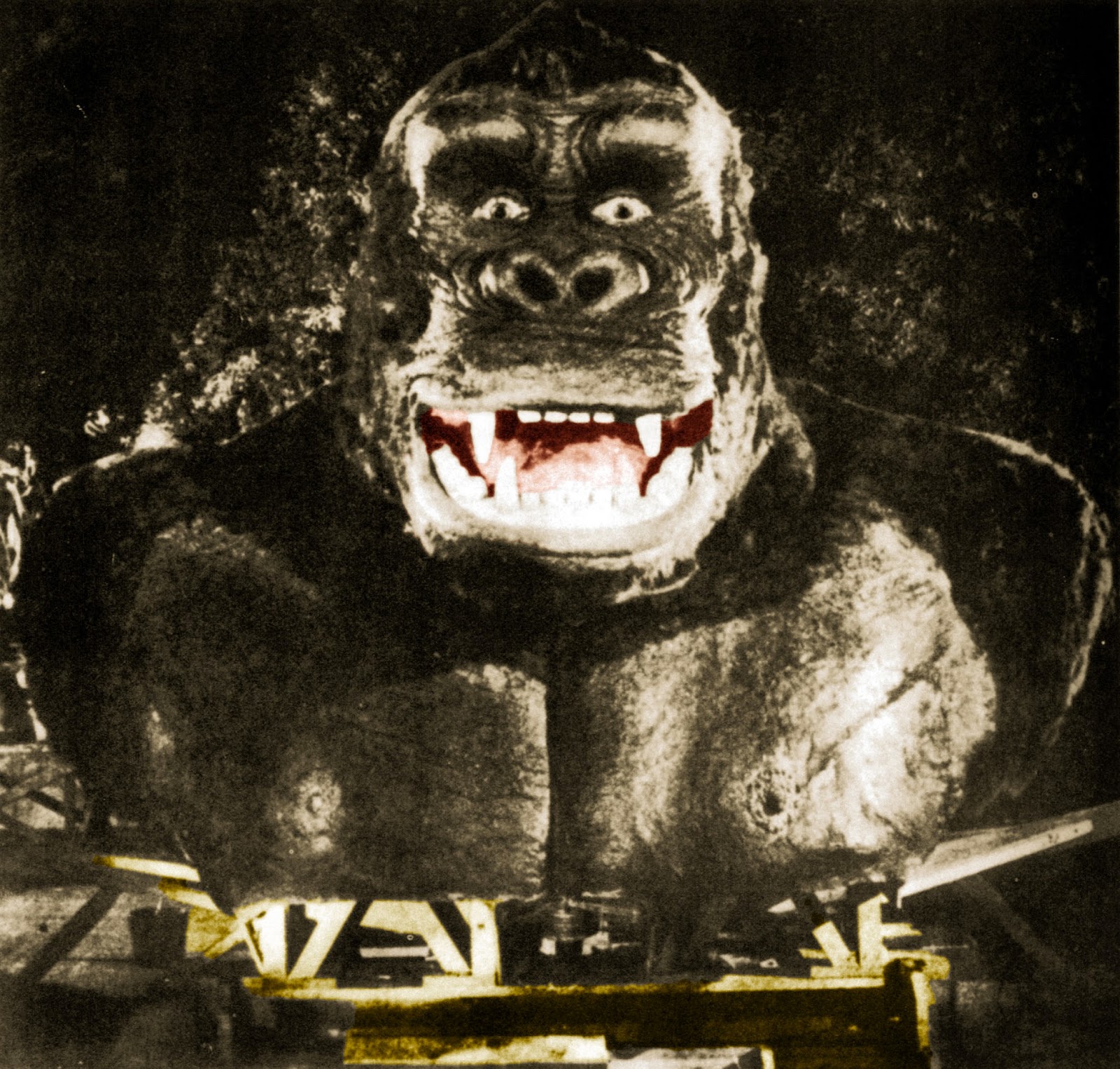 I love King Kong.
Pull up a chair kids, let Grampa Andy tell you a story about a time when there were no such things as VCR's!

Okay-- there was once a time when there were no DVDs!

Okay, okay-- there was once a time when you couldn't instantly stream anything you wanted on your tablet or phone okay?  Jesus kids, let me get through a story will ya!

Once upon a time you used to actually get this thing in the mail (or free in the paper if you were cheap) called TV GUIDE.  It was a magazine that featured a guide to what was on TV that week!

No kids, once upon a time we not only didn't have VCR's, DVDs, streaming and movies on demand, we also only had about 12 TV channels, because dinosaurs interrupted the TV signal.

Ha-- okay-- so you looked through TV guide when it came on Thursday and made note of the shows you wanted to watch next week.

Kong is a great movie, Son of Kong is an okay movie and Mighty Joe Young-- well, by then the Turkey kicked in and you'd be sound asleep so it didn't matter that it was King Kong lite-- King Kong for the kiddie crowd.

So Kong and I became friends-- good friends.

1976 rolled around and Dino Delaurentis released KING KONG with Jessica Lange, Jeff Bridges and Charles Grodin.  I was a kid so I didn't get that it was kind of bad.  Through the harsh winter of 1977 my friends and I would trek down to the Showcase Cinema in downtown Wootown and see KING KONG.  We'd often sneak in through the exit or we'd pay to see one showing and then hide while they cleaned the theater so we could stay and see it again.

44 times.  I'm not making that up.  In the Summer of 1977 a little movie called STAR WARS hit theater screens and we saw that one 44 times too-- that was a little more challenging because it only played at White City Cinemas in Shrewsbury-- which was either a long bus ride or an even longer day of begging a parent to take us and drop us off so we could sit through 3-4 showings of that.

But STAR WARS is another story for another time.

Mr. Kong and I were buds.
Flash forward to 2005 and I go to Peter Jackson's big budget remake of KONG-- with cinema buff and former WoMAG editor Mike Warshaw.  I apologize to Mike because I'm sure I drooled on his shoulder when I fell fast asleep twenty minutes into this bloated boring spectacle.  I admired Jackson for setting in in 1933 but that's as far as I go.

His casting choices were all wrong.
His pacing is all wrong.
THERE IS NOT A MOVIE IN THE HISTORY OF THE WORLD THAT SHOULD LAST THREE HOURS.  NOT ONE.

And his biggest crime ladies and gentlemen, Jackson purported to be a fan yet he missed the completely obvious thing-- KONG IS NOT A GORILLA.

Yup you heard me right.  He's not a gorilla.  What he is; a prehistoric relic and possibly the missing link between man and ape.  It's right there in the original screenplay and it's why the original Kong looked like this: 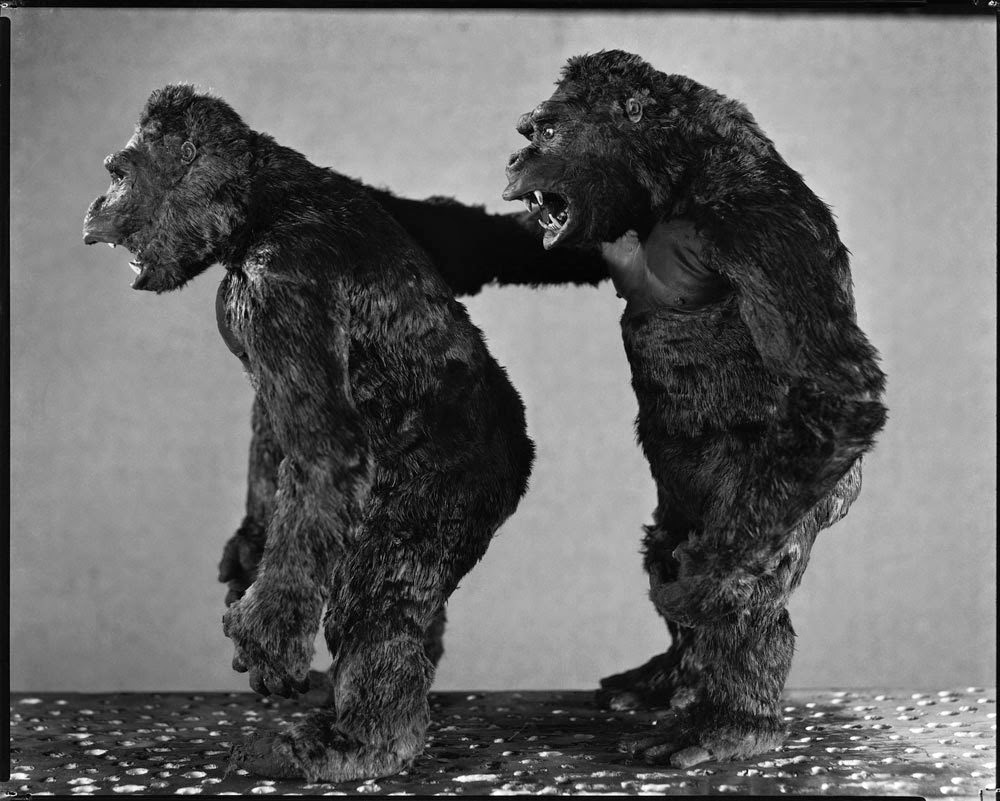 It's also a good idea-- you know why-- because a real gorilla looks a lot like this: 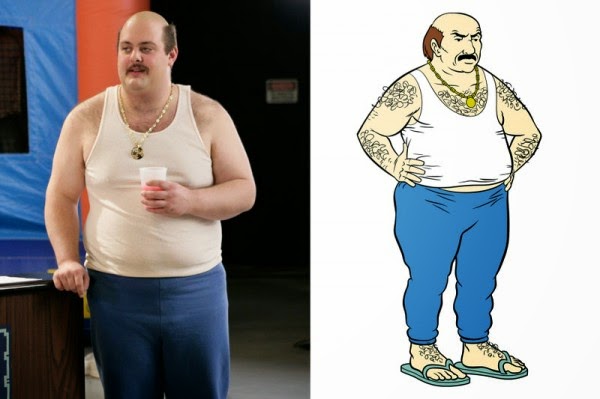 Jackson chose to make Kong a silverback gorilla, complete with gut.
That just didn't work for me.

Yes in 1977 they had a lousy looking robot Kong in the movie-- not the cool one from KING KONG ESCAPES mind you, but a publicity grabbing one that they hoped people would think was the actual thing used in the whole movie.  It was not.   The minute and a half it's on screen my friends and I laughed out loud at it.  The rest of the time it was makeup genius Rick Baker in an amazing Kong suit that looked sufficiently ape and man like to get the job done.

Now I hear they're making another Kong film-- this one with Michael Keaton.   I'm going to hedge my bets that they use the same lame Peter Jackson designed Kong, if so, that'll be $30 I save.

Because I still have a DVD player- and I can watch the REAL King Kong anytime.