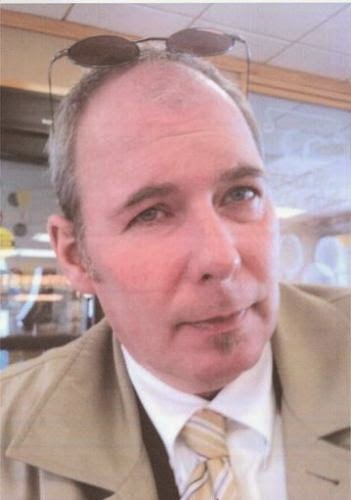 There are some people that come along and you know right away they're special.   Chaz Noonan was one of those people.  I was teaching a film class at WAM in which we would gather weekly to watch a classic movie and then discuss it at length.   Chaz and his wife Kim were among the students.

Right off the bat I liked Chaz,  I got the vibe from him that he was comfortable in his own skin and I wasn't surprised later on to learn he was a musician.

He had that kind of way about him.

He also worked for Rotman's but in that company's collectibles department.  The Rotman's had a private store which dealt in vintage baseball cards and movie posters.  It was quite a collection that not a lot of the public even knew existed.

Over the years I saw Chaz less and Kim more.  Kim was the graphic design manager at WAM and I continue to be in awe of both her personal style and her design ability.  She produces some really stellar work, sometimes at ridiculous deadlines and never EVER letting the world see she's even the least bit stressed.

Chaz got sick, really sick, but still kept his sense of humor and his own smooth style.  Kim was always at his side.  The last time I saw him was at an event with Kim at WAM, and he seemed like he was doing great.  I was happy to see him and sorry I didn't get to spend more time talking to him.  Events like that can be draining of your time and energy and not always grant you the time to catch up with old friends.

Chaz passed away last Thursday, which happened to be Thanksgiving.  I'm thankful I got to know him, thankful he chose to take a class with me and I'm thankful to know and respect Kim.

Some people leave us and the world is a sadder place than it was yesterday.

Chaz was one of those people.
Posted by Andy Fish at 12:00 AM