Don't Listen to me, BIRDMAN Was Terrible 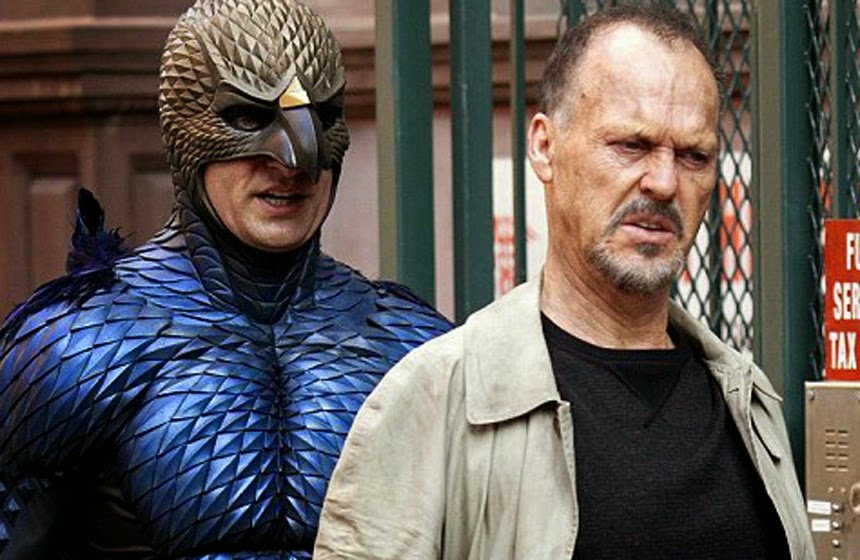 In my blogpost of Nov 13th I called BIRDMAN brilliant.
I have never been so wrong in my entire life.

What I should have written, what I would have written if I somehow had waited until I actually SAW it is the casting is BRILLIANT.  Casting Michael Keaton as the former star of a superhero film franchise who wants to break his typecasting is nothing short of inspired.

Unfortunately, the rest of this heavy handy transparent piece of tripe does not live up to that first step.
Directed by Alejandro González Iñárritu a director I was only vaguely familiar with and one whose name I've made note of so I won't accidently see another one of his hammy productions.

There is nothing inspired in this production, there is nothing new, and the messages are so clearly spelled out to us as an audience it's like a constant reminder of that message he's trying to get across.  We as a general audience are stupid because we like big action films.  You as an actor are a sell out because you choose to appear in them.   Stage actors are pompous and their critics even more so, and the bottom line is there is the celebrity and their is the artist.

The irony here is that Keaton, who is labeled a celebrity in the film, is chastised by his rehab laden daughter played by Eyeball Emma Stone for not having a Twitter or Facebook account.  Isn't that the very definition of trying to be a celebrity?  Isn't the lowest form of celebrity the internet star?

There's also an attempted rape scene in the film that is played for laughs, and there are just some lines I won't cross.  I can accept Zach Galifianakis in a serious role (and he's actually the best part of the movie!), I can accept the 8 year old kid in the bar, but I cannot under any circumstances laugh at attempted rape.  It's not funny.

The movie is shot in single 10 minute takes, an ambitious and sometimes grueling method of filming wherein the actors may have to deliver up to 15 pages of dialogue without cutting, it was done brilliantly by Alfred Hitchcock in ROPE but here it's just a gimmick that quickly annoys.  In ROPE the film takes place in real time over the course of a 90 minute dinner party.  This film takes place over the course of several days.   It just doesn't work.

BIRDMAN is a hammy exercise from a director who thinks he's something when the reality is there is very little talent displayed.

The audience I walked out with, mostly of middle aged and older "film" people were equally dismayed by the feeling that we'd been duped by all the hype.

Said one woman "We should have seen Dumb and Dumber 2."

I think we did.