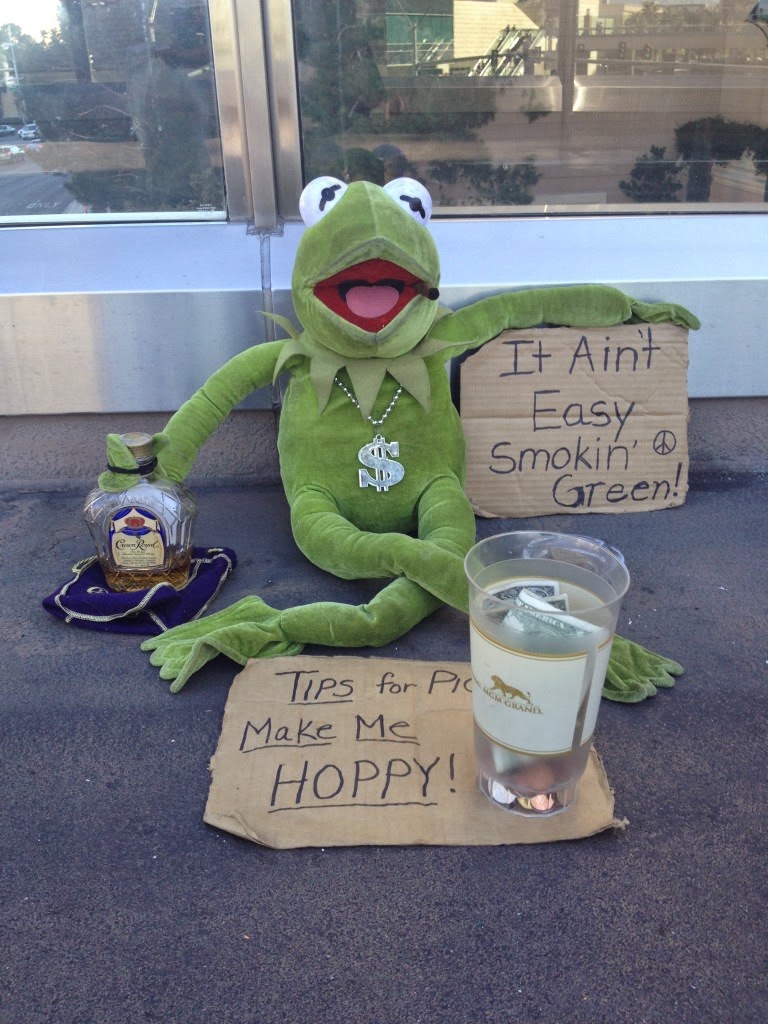 Because we have taught that there is no such thing as shame here in the USA to a generation of kids during the past fifty years the epidemic of homelessness continues to plague cities with a liberal policy towards policing.

You won't find homeless panhandlers in your upscale suburban areas despite the affluent members of society that populate those areas, instead we find them in our lesser neighborhoods where the city's leaders don't live.

We've got a slanted view on the homeless too-- that they are just someone down on their luck, like Gary Cooper "aw shucksing" his way across the country with a hobo bag slung over his shoulder in SULLIVANS TRAVELS.

What we have here are people who are either

1. Lazy and looking for a free buck.
2. Mentally incompetent

Sorry to deliver the cold hard news folks, but that's it.  In Japan there is no rampant homeless problem because the younger generation is still taught the benefit of shame.   Yup SHAME.  I said it.

There is nothing wrong with shame.

Those daycare workers hanging a baby from a door knob in Framingham?   They should feel shame.  That coach who embezzled 100 grand from the league of youth baseball players or the priest who molested children who trusted him?  They need to all feel shame.  And we as a society have the obligation to make them feel that shame.

So let's play advocate here and say this homeless guy on the side of I-290 who greets visitors to Worcester with a big sign demonstrating what a mess our economy is in is just down on his luck-- simple, there are literally HUNDREDS of organizations who will help you get back on your feet, whether you are legitmately down on your luck or addicted to some substance there are venues for you to get help and to straighten yourself out.

Every person who hands these people a dollar out of guilt in traffic only serves to propagate their problems-- they are not part of the solution.

Maybe you feel good by throwing your dollar away so this guy or girl can get a hot meal (right!) but how about when they are later hit by a car driven by some person hurriedly trying to get to their job?

Now we've got an insurance mess and the hardworking person now need live with this incident for the rest of their lives, all because YOU encouraged this idiot to stand out there in traffic in the hopes that another SUCKER like you will come along.

You honestly want to help this person?  Call the non-emergency number for Worcester Police and tell them there is a person obstructing traffic.  In the city it's against the law to obstruct traffic and believe me if they start getting two hundred calls a day they will do something about this, and the layabout will recognize that this scam isn't going to work and they'll either get a job or get the help they need.

I've spent many evenings walking from my office at Emerson to the underground heated parking garage at Boston Common and I can tell you first hand it's neither safe or is there the sight of a single Park Ranger on any of these trips.  Park Rangers?   Was there a slew of Picnic Basket robberies at some point in the cities history that warranted this action?

And UNARMED Park Rangers???   Are you kidding me?

Their duty is to patrol essentially homeless ground zero and they are unarmed.  Well, what could happen?  How about two guys just trying to do their jobs are almost murdered by a deranged homeless man with a history of violence simply because they weren't armed.   Let's take away the guns from the Boston police and see how they feel about patrolling that bastion of Liberal Politics, the great swamp of Boston?

Probably not so fun.

Deranged Homeless person is a redundant phrase.  One would have to be deranged to choose to live on the street.  It's time we recognize that and enact laws to protect those of us who choose to actively participate in society from those who have decided to withdraw.  Criminals with lengthy track records free on the streets is the very reason I am a Republican.  I don't align myself with the gasbags who want to take away women's rights, or oppose gay marriage or any of the other nonsense my party gets tangled up with.  But of the two parties, the Republican's remain tougher on crime.