Batman Gets a Stamp 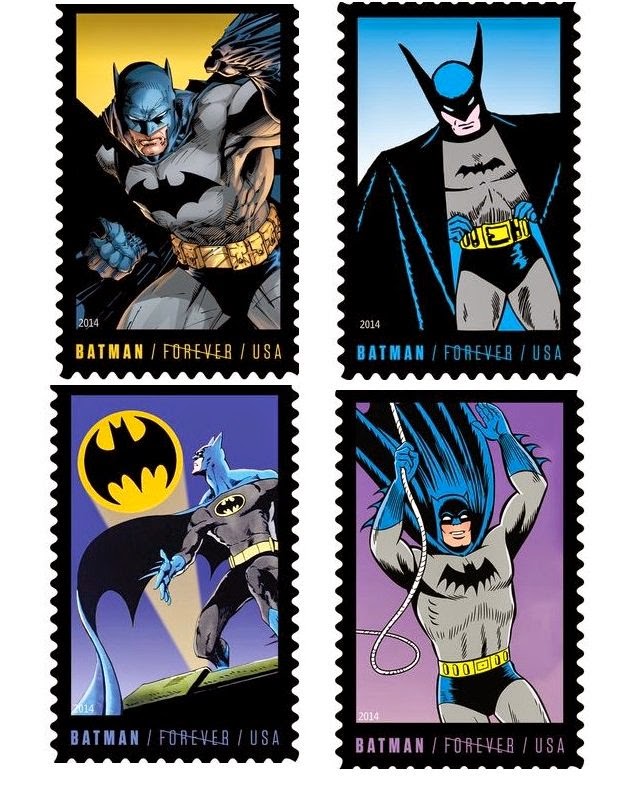 BATMAN gets a stamp for his 75th anniversary, to be revealed at New York Comic Con in two weekends.

Interesting choices breaking him down by era--

Clockwise from the top left;

The Modern Age- art by Jim Lee.  Lee is an exceptional artist and the president of DC Comics, he's not the first guy I think of when you say Batman artist-- but the guys the president of the company so who am I to argue?

The Golden Age-- art by Bob Kane (although it looks a lot like Shelly Moldoff's recreations).  Kane was Batman's co-creator along with the uncredited Bill Finger-- and he used a host of ghosts including Jerry Robinson, Moldoff, Charles Paris and many many more-- so who actually drew this one is anyone's guess.

Silver Age-- Curt Swan.  This one is a really interesting choice because Curt Swan was the principle Superman artist in the 60s and into the early 70s, drawing Batman only a handful of times.  In this image he's doing his best to imitate the penultimate Batman artist of the silver age Dick Sprang whose angular style was reminiscent of Dick Tracy creator Chester Gould's work.

Bronze Age (bottom left) Jim Aparo-- this one is my favorite and probably Aparo's best take on Batman.  Deservedly so, because Aparo was a prominent Batman artist for 20 years.

My choices?    Glad you asked. 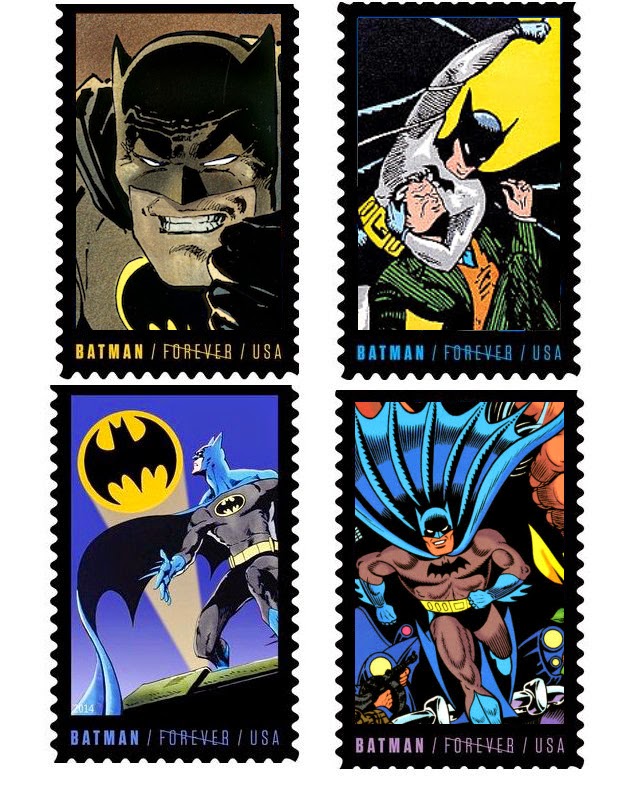 I'd trade out Jim Lee with Frank Miller.  I know "modern" might not refer to an image nearly 30 years old-- but his work on THE DARK KNIGHT RETURNS was landmark and hits the era as they defined it.

I'd swap out the "Bob Kane" they chose for the "Bob Kane" from the cover of Batman's first appearance in Detective Comics 27.
For the Silver Age-- I'd actually use a real Dick Sprang piece, and for the Bronze I left Jim Aparo even though initially I thought Neal Adams should get it-- but the reality is Adams may have returned the character to his darker roots but Aparo's work of the same period stands against Adams and had there been no Adams Aparo would have been the man.